The best code is easy code

The best code is the one that is easy to understand. 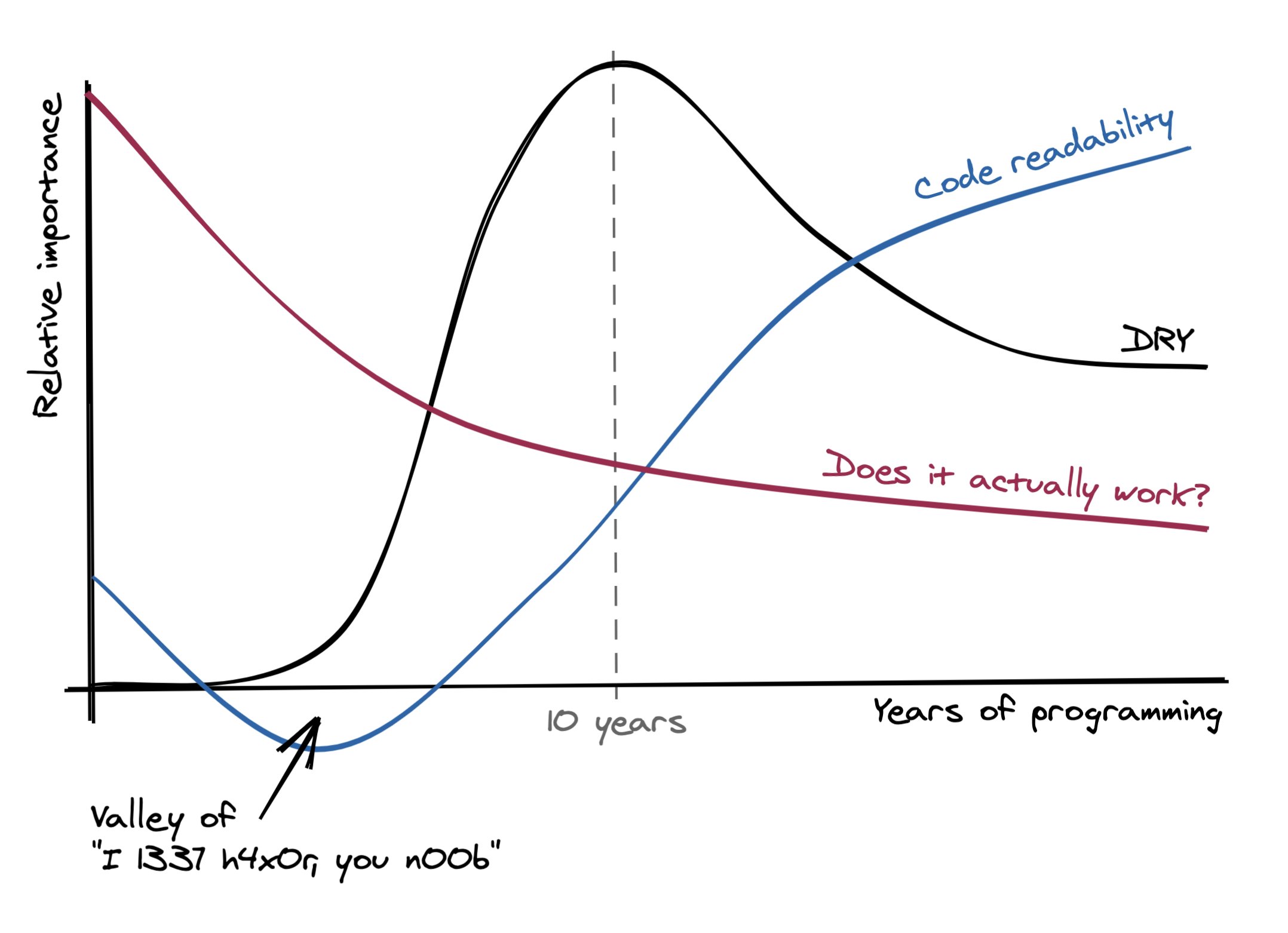 People don’t focus on code readability. Readability is like writing documentation. It takes extra time, more key presses, and you need to stick to it to make it work in the long term. However, sometimes people write code like this:

This code is understandable, but I need to guess:

When you find a situation like this, the solution is usually going inside the functions and reading the code, which may be tedious. Yes, maybe you are avoiding creating a couple of variables, but at what cost?

The issue with code like that is that it becomes impossible to maintain or modify.

Context!. That’s what you don’t have in your mind. The person writing that code probably had a lot of context in mind and could easily reason about it, but now you don’t. At some point, the code was obvious (either for your past self, or worse, someone else) because you knew exactly about everything happening at that point of the execution.

I think the easiest way to start fixing that is:

I find that last point the most difficult one. Making the code extremely obvious may feel like you’re back to when you started programming, giving a name to absolutely everything. I think that’s good.

For the example above, I would imagine something like:

Some advantages that we have now:

(The graph at the beginning also mentions “DRY”. I’ll leave that for another post.)

If someone else is randomly dropped in the line you’re writing, how long would it take to understand what’s going on? Could they explain it in less than 5 minutes? Maybe we need to get back to the “newbie” mindset. Make things obvious.